Tonight PSG and Man City face off in the Champions League Quarter finals. With PSG owned by the Qatar Investment Authority, and City the Abu Dhabi United Group both teams have spent fortunes trying to get their hands on this trophy.

For City, this is as far as they have ever been, while the French side has not reached the semifinal since 1995. In France the league is now over, even with 6 games left to play, leaving PSG free to focus entirely on this tie. While back in England the league may be out of City’s reach, and they face a competitive battle for the remaining Champions League spot, however victory in Paris would be a big boost to distract fans from a domestic campaign that has faltered badly.

For the event, Ladbrokes is running the following offer:

Bet on PSG or Man City and win 3/1, and if you lose, get your bet refunded in the form of a free bet! This promotion is only available to new customers.

Ladbrokes is also one of the few sports betting sites offering new customers a free bet for the Grand National! You must, however, sign up soon before the final day to qualify!

£50 Free Bet for the Grand National

New customers to Ladbrokes are eligible for a free £50 bet, which can be used on the Grand National! Register with promo code BONUSBETS to qualify. 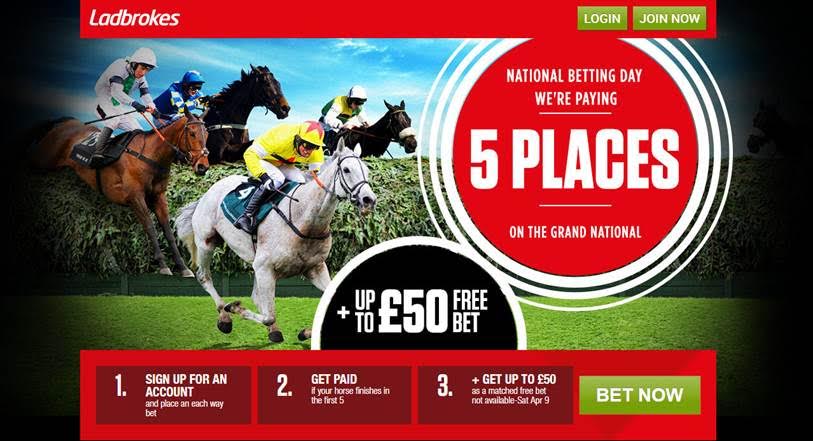 Click here for details on this Ladbrokes promo code.